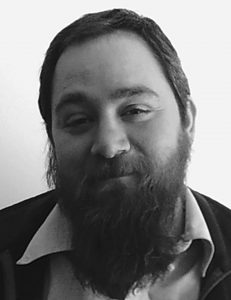 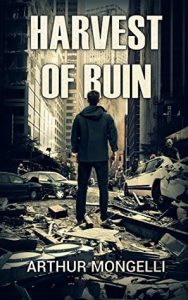 XL: You claim that your home in Upstate New York is zombie-proof. I’m skeptical. Is anyone really safe from the zombie apocalypse?

Mongelli: Haha. Yeah, that was an attempt at humor, something I try often  and fail nearly as often at. Honestly, no. I don’t think anyone is really safe. People can prep all they like for an ZA, but when it comes down to it, a LOT of it relies on luck. Even if you are fortunate to be home and have all your loved ones in your stocked bunker (which is unlikely as people go to work, they go out to shop and socialize), then you are relying on other people not knowing about it, which is unlikely. That being said, I think it is smart to make some preparations for disaster, whatever it is, but there are some things beyond control.

XL: You say that none of the characters in Harvest of Ruin are particularly heroic and that they are just normal people trying to do what they can to get by. Do any of them stand out as the traditional “hero” in the story?

Mongelli: Out of all the characters in the first book, I’d say Linda is the most heroic. She is a doctor in Donner, Colorado. She is on the front lines at trying to combat the infection within the small town. She is also the first to realize the scope and scale and warn the powers to make preparations. All of the characters have heroic moments, most of them are scared out of their wits the entire time though. Jen is arguably the most heroic with her actions at the end of the book, but Linda’s efforts save a lot of people.

XL: In your zombie world, the dead move both fast AND slow. Tell me about the distinction and why they move at different speeds.

Mongelli: They move at different speeds based on the time they reanimate. Those that suffer a death from the bacteria itself reanimate immediately. The bacteria was able to reach a critical mass in the system over the course of the illness and they reanimate with the physical capabilities that they had in life (though, without the inhibitions of pain and fear). The slow undead are created when people, that are infected by a bite, die of wounds, blood loss, etc.. The bacteria continues to multiply after death, and takes time to reach that critical mass,  usually during rigor mortis, when the body is stiff and rigid.

XL: You explain your zombie virus and where is comes from, but in your early drafts you didn’t. You say you went back later during rewrites and added that in. Why?

Mongelli:  I wanted the story to be about normal people trying to survive in a collapsing world. I feel like too often the protagonist is a ex-SEAL, or ex-military, or someone in the CDC, UN, etc.. These people don’t represent the average. They have training that most of us don’t. As mentioned before, the characters aren’t heroes, they represent a gamut of people. As the story progressed, I felt like not offering the information would be selling the story short and leaving a lot of unanswered questions from the reader. I decided to include it, even though it has little to do with the story.

Mongelli: I traveled through that part of Colorado in my early twenties on a cross-country camping trip and spent a little time in Southern Colorado in my teens. The name is fictitious, but there is a small town in the exact area that I ended up modeling off.

XL: Some zombie books and novels refuse to use the word “zombie” and pretend as if zombie lore, such as the Romero films, never existed. Where do you stand?

Mongelli: I generally refer to them as the undead in my book(s) though that is only because the characters have a hard time accepting that they are actually zombies. I refer to pop culture on a couple occasions, but it’s vague; in the vein of one of the characters recalling that they saw a movie once or some-such. I think a lot of people are afraid of being derivative, which I get, but to ignore it altogether feels dishonest to me.

XL: Where did the idea for Harvest of Ruin come from?

Mongelli: It was born out of one of those conversations with a friend after watching a movie. What would we do? The original idea was to inhabit a grocer’s warehouse and do rooftop farming with soil and seeds from the nearby Lowe’s store. I sat down to write and it morphed into a contained three-book series.

XL: What sort of preparation goes into your story before you sit down to write it?

Mongelli: I immerse myself in my story. It almost becomes an obsession. I read zombies, I watch zombies, I live and breathe in the genre. Often I am daydreaming about the story and jotting notes down throughout the day. So when I sit down to write, my mind is already in that survival mindset and full of ideas. As far as other preparations, I like it to be quiet and I play some stoner metal. The droning music gets my juices going.

XL: Do you ever get writer’s block? If so, how do you deal with it?

Mongelli: Yes. I have three or four stories sitting at 20k words at the moment due to it. Usually I just walk away and try to enjoy the day. Too often I’ve sat down and written thousands of words, trying to force it and end up ash-canning it. That just leads to frustration for me, so I close the computer instead. If it gets bad, I’ll write some flash fiction or free-write for ten minutes to try and clear the chambers.

XL: Is there anything you do to create a main character?

Mongelli: With any character, good or bad, I think you first need to make people like them. Throwing a few personal tidbits out there is important as well. If you can put out a couple little things that the reader will identify with, their mind will fill in the rest of the blanks without even knowing it

XL: At what point do the rewrites start? How do you go about it?

Mongelli: I don’t rewrite until the story is done. I rarely correct anything in the rough draft, not spelling, not punctuation. Only if I need to go back and change, say, where a character is from, if it is important later on. Immediately after the rough is done, I go back and do the first revision. After that, I take a break. To me, revising is the most tedious part of writing, but the most important. One of my rough drafts will be about 70k words, by the end of the 4th revision it will be 100k+ due to adding details, description, and additional dialogue. I take a few weeks off between revisions as it is very tedious and I’m less likely to get burned out.

XL: Congrats on getting the nod from your publisher, Severed Press, on your upcoming sequel to Harvest of Ruin! When can we expect to read it?

Mongelli: Thank you! Yes, it is tentatively called Harvest of Ruin: The Dead of Winter, and if the timetable from the first holds true, the next should be out around September-October, just in time for Halloween.

XL: In your book, zombies move both fast and slow, and in my book as well and for much the same reasons. Much of your book takes place in New York’s Upper Hudson Valley, as well as in mine. You like Vonnegut and I like Vonnegut. The first book you remember reading as a kid is Stephen King’s It, and it was mine as well. You have a beard and I have a beard (although yours is much better). Could we be kindred spirits?

-Interviewed by Joseph Xand, author of Dead Fall and Founder of XandLand.com. Visit his website at JosephXand.com.
Join the XandLand Facebook Group for updates on future Author Interviews.