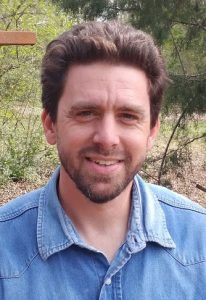 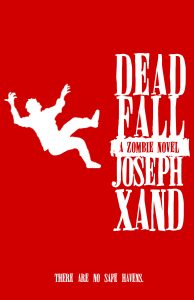 XL: How long have you been interested in writing? When did it begin?

Xand: I have been writing for as long as I can remember. It probably started somewhere between the second and fourth grade. My father used to write kids’ books and poetry as a hobby, and I remember thinking that was cool.

XL: And you’ve been writing ever since?

Xand: Unfortunately, no. I was supposed to hit the ground running after high school. I’d written short stories up to that point and showed a lot of promise in college, but then ran into road blocks. It’s something I hope to write about someday, but it took me over twenty years before I was able to complete something I started. Now I plan to make up for lost time. I have a long list of writing ideas to get through and more being thought up all the time.

XL: Where do your ideas come from?

Xand: From everywhere. Anywhere. I can’t stop them from coming. Sometimes I’ll read a book or watch a movie and an idea will pop into my head along the same theme. I keep a notebook in my back pocket to jot them down as they come.

XL: Do you prefer to outline or do you write organically?

Xand: I use a mixture of both, but I definitely lean towards outlining.

XL: Walk me through any preparation that goes into your story before you start writing.

Xand: There is a process to it. When I get an idea, I may go years before I actually do anything with it. There will be a folder full of notes that I’ve written down any time the story comes to mind, and when the time comes, I’ll gather up all the notes and start on the project. It begins with a story timeline broken into three acts. From there, I’ll take Act One and brainstorm all the scenes I’ll need to move the story from the beginning of Act One to the end of the act. After that, I take a sheet of paper for Scene One and brainstorm what I want to happen in that scene. I write the scene, and then Scene Two gets its own sheet of paper, and so on through Act One. Then I move onto Act Two, Part One. So I don’t outline the entire story scene by scene when I first start. I get an overall idea of the story (which can change and often does), and then I take it one act at a time.

XL: How much thought goes into character development?

Xand: Quite a bit, for the main characters, at least. But I’m not one of those who creates a whole history of each character from birth. I think about their character flaws and what in their histories contributed to those flaws.

XL: When does the re-writing begin?

Xand: Well, I keep a file as I write where I jot down everything I know I’ll need to change or work on when the re-writing begins. I don’t touch the story too much, except to correct spelling and grammar problems as I find them, until it is complete. Then I pull out my document I’d created along the way and see what all needs to change. Sometimes entire story lines or characters need to be nixed. Sometimes scenes need to be added. Sometimes entire acts have to be reworked. But I don’t think about it till the time comes.

XL: Why a horror, or more specifically, a zombie novel?

Xand: I’ve watched horror movies all my life, it seems like. I started reading horror novels in the mid-80’s, starting with Stephen King’s It. I think I read some horror comics before that. As far as zombies go, I always loved the Romero films growing up, and also liked the Night of the Living Dead remake in the 80’s. I think every horror writer should delve into the zombie genre, at least once.

Xand: It’s my first novel. I have a non-fiction book on Amazon written under a different pen name. It is a screenplay-formatting guide called Your CUT TO: Is Showing!.

XL: Dead Fall has multiple story lines, and the main one deals with a man living on the outcropping of a mountain where zombies fall into his yard from the top of the mountain above. Where did that concept come from?

Xand: I used to live in New York City, in Queens, but I worked Upstate. On my way home from work every day driving down the New York Thruway, I’d see a white house perched up high on a mountain. I think I’d just discovered The Walking Dead comics (this was long before the T.V. show) and remember thinking that if the zombie apocalypse ever happened, that house would be a great place to hold out. That story line grew out of that kernel.

XL: Do all of these story lines have an overall theme?

Xand: I don’t know. Maybe fate. How we’re all led in a certain direction whether we like it or not. But there are several story lines centering around particular characters and each story line has its own theme of sorts: bullying, guilt, regret, sexual abuse, mental illness. But I think fate is what pulls them all together.

XL: Zombies in books and movies are usually either fast or slow. The zombies in Dead Fall are both, right?

Xand: Yes. They start out fast when they are first reanimated, but then they slow down after rigor mortis sets in. So, in a way, they are three speeds: fast prior to rigor mortis, ultra-slow during rigor mortis, and then the usual lumbering zombie we’ve all come to know after rigor mortis has passed. They never quite regain their fast-moving abilities. I’ve always watched zombie films or read zombie books and wondered how the zombies could possibly overrun the world if they moved so slow and were so easy to kill. At the same time, I couldn’t see anyone surviving a zombie outbreak if they moved at an all-out run. I think my philosophy of zombie movement in Dead Fall solves both of those problems.

XL: What’s next now that Dead Fall is finished?

Xand: I’ve just started working on another novel. It is completely written, but in long-hand, so it has to be typed up. Then the re-writing begins, and there will be a lot of that. The entire third act has to be scraped and redone. It is not a zombie novel and will be titled The Reaching. After that, there is the sequel to Dead Fall and somewhere in between, I want to put together a second edition to Your CUT TO:. I have LOTS of ideas, mostly in the horror realm, but not all. I’d like to delve into graphic novels, but have no clue where to begin. Someday, maybe.

XL: Any advice for new writers working on their first novels?

Xand: Lots. I’m planning a book along those lines, too. But for now, I’ll say this: research the details. In Dead Fall, there is one scene towards the end where the main character attempts to send a message via telegraph. Well, I didn’t know the first thing about that. I wrote the scene, pacing it and blocking it how I wanted it to be, then I reached out online to an expert in telegraphy. The parts of the scene dealing with telegraphy are only a few paragraphs, but the expert and I spent weeks trading emails and researching the details. I wanted to get it right. You don’t have to be a forensic pathologist to create a character who is a forensic pathologist, but if you do that, you’d damn well better do your homework so that your character is believable. One of the best compliments I got from a beta-reader for Dead Fall was when she asked me if I had a background in virology or microbiology. My degree is literature, but when I wrote the scenes in Dead Fall that deal with the bacterial infection, I read a lot of articles, then consulted a man with degrees in pharmacology and toxicology. I think my work paid off.